As part of its bold pledge to A.C.T. Now! (Awaken, Confront, Transform) to End Racism, the National Council of Churches (NCC) and representatives of its 38 member communions gathered at Old Point Comfort near Hampton, Virginia to remember the “20 and odd” enslaved Africans brought there over 400 years ago.  More than 250 leaders came to lament and remember the enslaved Africans brought to this place 400 years ago, marking the beginning of institutionalized slavery in what would become the United States of America.

Many of us here have benefited greatly from the terrible events that transpired right here 400 years ago. We have much work to do to end racism in this country, but we’re dedicated to it.”

The site of Old Point Comfort came to prominence this year as the nation marked 400 years since enslaved Africans, first captured by Portuguese and Imbangala forces from the kingdom of Ndongo, in West Central Africa, arrived aboard the White Lion in 1619 after being taken from a Spanish slave ship.  Colonial officials traded these persons for food, valuing white lives above black lives, beginning the horrific legacy of race-based bondage that has defined the American experience ever since. 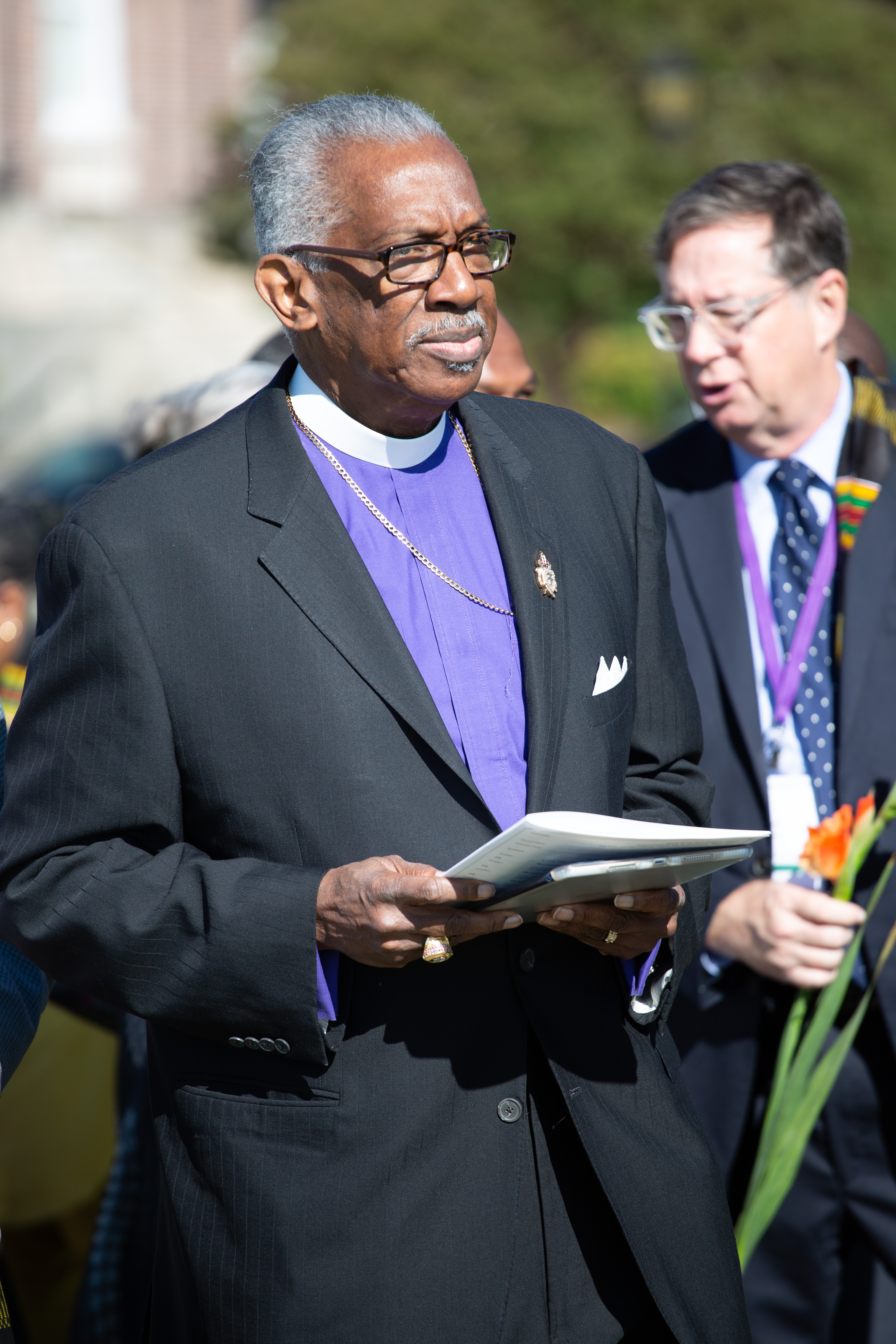 “It is the motivation that inspires us to a duty to be here at this site where no fewer than 20 African men and women were introduced to North America as slaves four centuries ago,” remarked Bishop Adam J. Richardson, Senior Bishop in the African Methodist Episcopal (AME) Church. “It is the reason we aspire to God’s perfect preferred future in which racism doesn’t have one.”

The National Council of Churches came together to lament and remember, to acknowledge the unique role white churches played in slavery, but also to recognize the Black Church’s formation out of the suffering of slavery and to strategize about what churches can do now to end racism.

NCC General Secretary and President Jim Winkler said, “We’ve trod a long and bitter road. We know the road ahead will have bumps and detours, but we have to stay on it because at the end of that journey is God’s preferred future. Many of us here have benefited greatly from the terrible events that transpired right here 400 years ago.” Winkler proclaimed, “We have much work to do to end racism in this country, but we’re dedicated to it.”

“Racism insinuated itself into the very core of modernity, but we are here to say, human beings are not for sale,” remarked Dr. Agnes Aboum, Moderator of the World Council of Churches. “As a church, as self-proclaimed Christians, we must seek repentance for our complicity.  God’s preferred future is one that reminds us that we are all made, as humankind, in the image of God.” 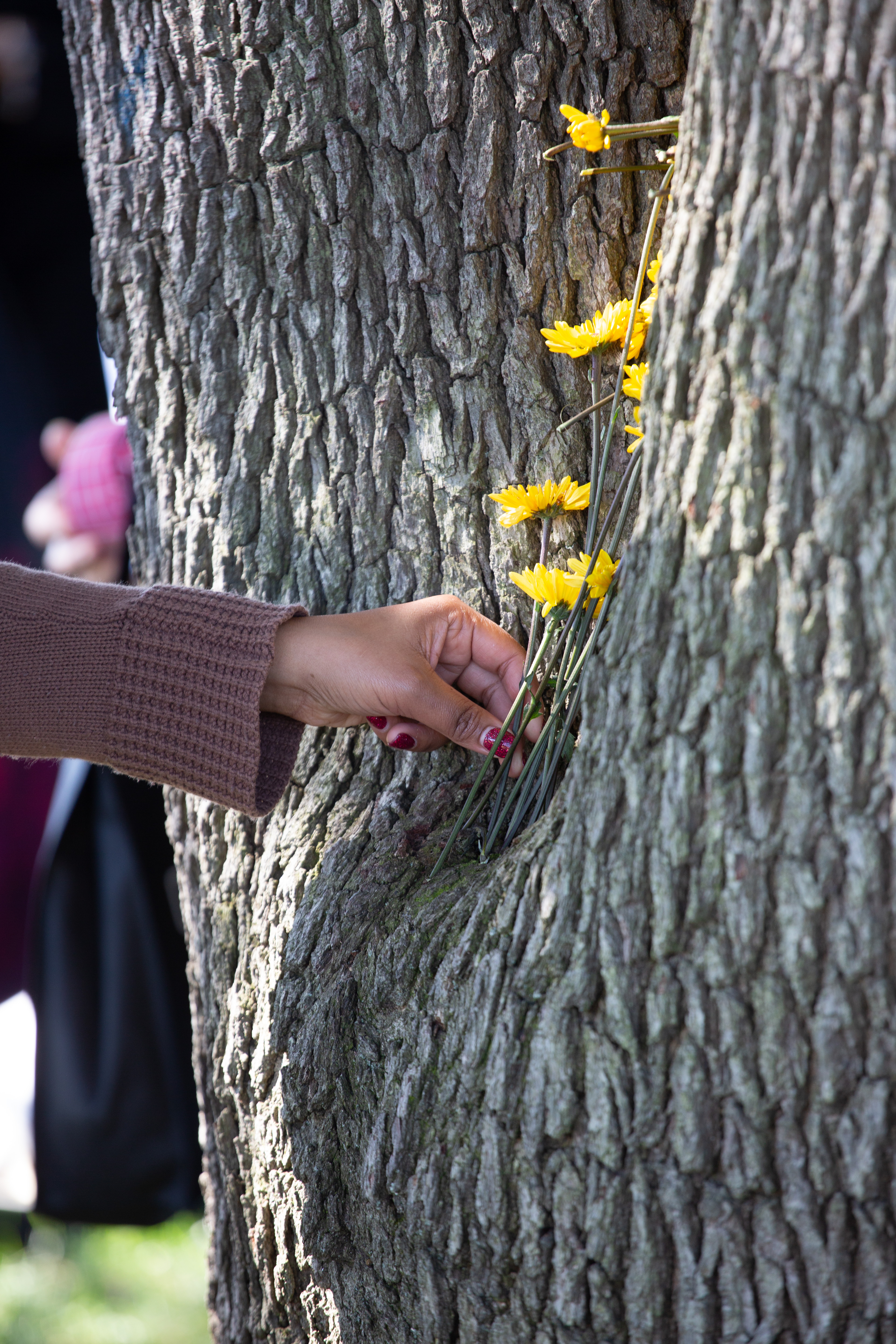 The gathered crowd processed along the shores that first saw the first enslaved Africans’ arrival. They stopped to reflect upon the “20 and odd” with prayers, placing gladiolus flowers symbolizing remembrance at the site’s historical marker, and pouring libations in their memory.

The procession gathered at one of the ancient trees at the site and placed Black-eyed Susan flowers as a call for justice.

This powerful witness of Christian repentance and solidarity began a day that included the acclaimed author and speaker Ibram X. Kendi, writer of “How to be an Antiracist,” and culminated in a service of commitment. More than 250 national and international Christian leaders came together on this special “Day of Remembrance,” part of the NCC’s strategic focus on ending racism. The goal of the initiative is for churches to A.C.T. Now! To End Racism: Awaken to the many manifestations of white supremacy and racism especially in the church, to Confront the need for change, and to work to Transform church and society into a reflection of the inclusive and equitable reign of God.